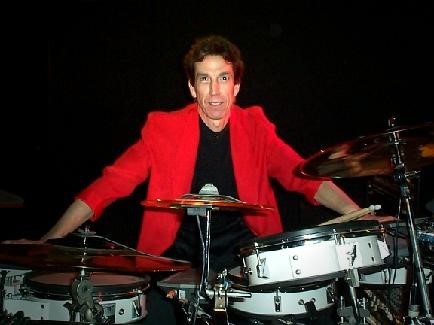 In Memory of Timothy A. Lloyd

Born October 4, 1952, in Baltimore, Maryland, to a family of drummers dating back to the War of 1812, Timothy A. Lloyd began his career at eleven years old playing on a collection of metal trash cans.  His musical education started by listening to his older brother’s extensive record collection while his brother was away on the road.  Later that year the trash cans gave way to a bass drum, snare drum, and a hi-hat.  He started playing trumpet in the school band, and the following year put together what would be the first in a succession of bands playing local parties, youth dances, proms, and a series of March of Dimes benefits.

Four years of High School chorus, and continued local work directed him to begin studies with teacher Frank DiGiorgio.  Just after graduation he started playing in regional clubs on a full-time basis, and joined the Baltimore based group Coyote.  That led to a lot of touring, and a marginally successful independent album release.  While at “ITI” Studios in Baltimore, he had the good fortune to meet and work with multi-Grammy Award winning engineer/producer George Massenburg (Little Feat, Billy Joel, Journey, Linda Ronstadt, etc.).  During that period his group Coyote had another independent album release, and he continued with more commercial studio work with George Massenburg.

After several years working in the studio, and on the road he returned to Baltimore and began another phase, moving on from the predominately pop and rock of prior years, to standards, jazz, and improvisation.  While continuing full-time work at hotels, supper clubs, and private events with duos and trios, he still found time to appear with artists Martha Rae, and Charlie Byrd.  A childhood dream had been to succeed Ed Shaugnessy as drummer for the Tonite Show Orchestra, and being to perform multiple genres of music.  He began studies with Tonite Show drummer Ed Shaugnessy student Dave Tucker, and broadened his education further with Walt Namuth (guitarist with Buddy Rich), who gave him a totally different approach to the drum set from a melodic perspective.  Tim even took on several drum students of his own.  Reaching back to his pop/rock roots he joined a group opening a tour for The Ravyns (former Crack The Sky members).  Next it was on to J.J. Rocks, the Virgin Islands, a tour of Europe, and backing shows for Jonathan Edwards, and Livingston Taylor.

His next stop was Washington D.C.  Looking to take a break from the years of road work and through a contact at Cellar Door Productions, he accepted the positions of Assistant Stage Manager at DAR Constitution Hall, and six months later, Stage Manager at The Bayou in Georgetown.  He did all advance work, as well as monitor and house sound. for several hundred national acts including BTO, Al Dimeola, Brian Setzer Orchestra, Tower of Power, Kansa, Jay Leno, Guns ‘N Roses, Dr. John, Steve Morse, Bill Bruford’s Earthworks, The Red Hot Chili Peppers, Little Feat, etc.  A year and a half later it was time to get behind the kit and back on the road.  The next four years were spent working with Nashville and Ogden/Salt Lake City based acts The Amarillo Cowboys, and Hired Gun, at top country venues in the southwest (Toolie’s in Phoenix, AZ, The Museum in Flagstaff, AZ, The Million Dollar Cowboy Bar in Jackson Hole, WY).

With the impending breakup of Hired Gun in 1996, and via another contact, he was off to Las Vegas.  The group PASSION firmly established for twelve years, and working major casinos and hotels, state fairs, and corporate venues nationwide, offered him a chance to utilize his extensive experience.  The opportunity to perform everything from Big Band, Classic/Alternative Rock, Dance/Techno, Hip-Hop, Motown, Country, and R&B, during every show was too good to pass up.  He loved the challenge and pleasure of being able to play so many different musical genres during every show.  During this time the group was the opener for a number of national acts, including one of his favorite artists, Ray Charles, as well as releasing their first CD “In Your Dreams”.

After more than two successful and rewarding years, his father’s terminal illness prompted a move back to Maryland.  A gig with vocalist Clay Hunt (Peaches ‘N Herb) was waiting in the wings and went very well for over a year, but then he received a call from PASSION.  He rejoined the group in September of 2000, which lasted several years ,home and a move to another location.  In January of 2004, prior to returning to the road, he had surgery to repair a bad elbow, something he had successfully done previously with his other elbow.  However, this time things turned out much differently.  During several weeks following the surgery he was extremely ill, and wound up at the ER of another hospital and was diagnosed as having contracted three Hospital Acquired bacteria during the elbow surgery.

This almost entirely decimated the lobe of one lung.  It was decided that removal of that lobe would remove the two bacteria that had caused the damage, so in June of that year it was removed.  Unfortunately, the surgery did not remove the bacterium, and in fact, caused post-op problems.  As a result of these complications he wound having six more major surgeries which made him too ill to function very well, and impossible to work through 2006.  In October of 2006, with the surgeon’s assurance he would be 100% later that year, he returned to PASSION, along with relocating his home base to Racine, Wisconsin.  His return was short lived, only playing for five months with PASSION, before faltering health required him to leave the group again, and to have two more surgeries in February and October of 2007, apparently repairing several problems.  Down, but now out, when his health improved he returned to PASSION again in 2009, and remained with the group until chronic lung related health problems forced his leaving the group for the final time, and his retirement from playing drums at all, at the end of 2012.

The hospital related problems returned in the spring of 2015, which prompted four additional major surgeries in July, and August of 2015.  The surgeries fixed the problems for only two weeks before problems began again.  Things continually got worse and by September of 2017, he realized any return to normal health was never going to happen.

Throughout the years, Tim had maintained his contact and friendships with PASSION members, brothers Ron and Al Rillera, and Sarah Linn.  When his physical condition worsened, Sarah Linn took it upon herself to periodically stop in to see him at his home in Racine, Wisconsin.  In the Spring of 2019, after it became clear he was no longer going to be able to care for himself, she, along with her husband Tom, Al, Ron, friend Kevin Cummings, and newest PASSION member Scott O'Malley and his girlfriend, packed and moved his belongings from his Racine apartment to a hospice in Marquette, Michigan.  He continued to stay upbeat and cheerful even though he knew the end was near.  Sadly, but mercifully, Tim finally succumbed to his illnesses on June 28 of 2019. 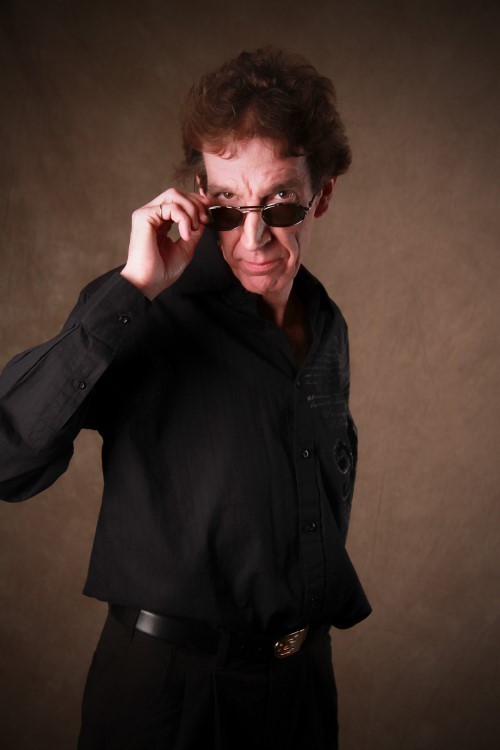 May he rest in peace in the arms of the Lord.